Dwarkamai
Shri Sai Baba came to Shridhi with a marriage procession. He stayed at Dwarkamai till the very end of his life. Dwarkamai is situated on the right side of the entrance of Samadhi Mandir. Here he solved problems of the people, cured their sickness and worries. Before Baba's arrival in Shridhi, Dwarkamai was an old mosque in a dilapidated condition. Baba turned it into Dwarkamai and proved that God is one. The first level of Dwarkamai has a portrait of Baba and a big stone on which Baba used to sit. This level has two rooms. One contains the chariot and the second a palkhi. Just in front of the room where the chariot is kept is a small temple. A saffron flag flies over it. The second level of Dwarkamai has a square stool made of stone, which Baba used for taking a bath. The main attraction of this place is the oil painting of Shri Sai Baba sitting in a carved wooden shrine. This level also has the grinding stone and the wooden vessel called Kolamba in which Baba used to keep the Bhiksha brought from the village.

Gurusthan
Sai Baba first came to Shridhi in the form of Bal Yogi - a child ascetic. He was first spotted seated under a Neem tree. This place came to be known as Gurusthan. The renovation of Gurusthan was made on 30th September, 1941. The present temple was built after this period. There is a small shrine in Gurusthan. On a elevated platform of this shrine a big portrait of Baba is placed. On the side is a marble statue of Baba. In front of the portrait is a Shivling and the Nandi. Photos of twelve Jyotirlingas are kept in the temple. The branches of the Neem tree have come out through the roof of the temple. At a short distance lies Baba's CHAVADI. Baba used to sleep here every alternate day. The Chavadi is divided into two parts. One part of the Chavadi has a large portrait of Baba along with a wooden bed and a white chair belonging to him. There is a cottage of Abdul Baba, an ardent devotee of Shri Sai Baba, in front of the Chavadi. The Lendi Baug was looked after by Abdul Baba. There are photos and various things which were handled by Sai Baba and Abdul Baba in the cottage. There is a Maruti Mandir located at some distance from the cottage of Abdul Baba. This mandir was visited by Baba for the sat-sang with Devidas, a Balyogi, who lived at the Mandir ten to twelve years before Baba arrived. There are also temples of village deities named Shani, Ganapati, and Shankar to be visited.

Lendi Baug
At some distance from Gurusthan there is the Lendi Baug. This Baug was made and watered daily by Baba himself. It got its name from a Nalla (a drain) which used to previously flow there. Baba used to come here every morning and afternoon and take rest under a Neem tree. Baba dug a pit, 2 feet deep, under the Neem tree and kept a Deep lit in that pit. One octangular Deepgriha called Nanda Deep has been built in marble stone in memory of this place. It constantly burns in a glass box. On one side of the Deepgriha is a Peepal tree and on the other side is a Neem tree. Some distance away is a Datta Mandir below an Audumbar tree. In the Mandir there is a statue of Datta built in marble stone. The statue of Datta was installed on 6th December, 1976. Just behind the Datta Mandir is a Samadhi of the horse, Shyamsundar which belonged to Baba and which used to bow to him. Lendi Baug also has a well dug by Baba with the cooperation of his devotees. At the entrance of the Baug are the Samadhi's of ardent Sai devotees Tatya Kote Patil, Bhau Maharaj Kumbhar, Nanavalli and Abdul Baba.

Khandoba Mandir
This temple is situated on the main road. In front of this temple Baba was welcomed by Poojari Mhalsapati, of this temple, saying "Aao Sai", when Baba stepped in Shridi. In this temple there are icons of Khandoba, Banai and Mhalsai. 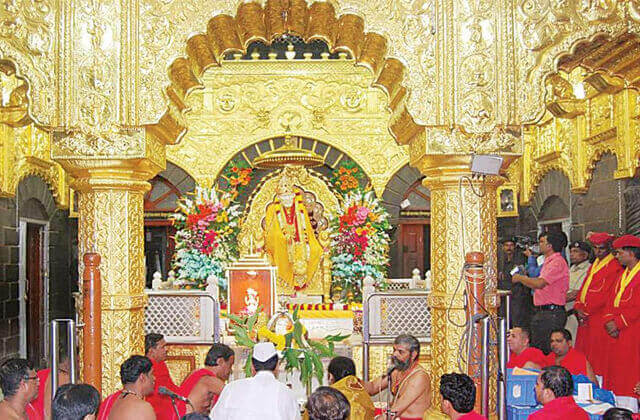 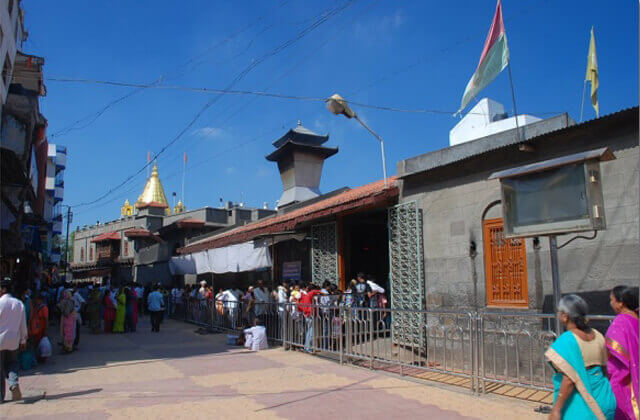 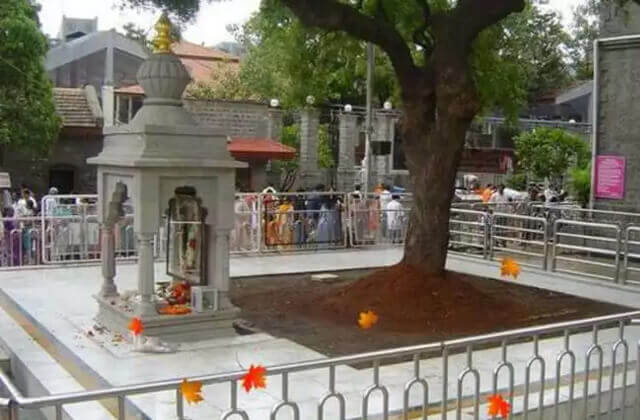 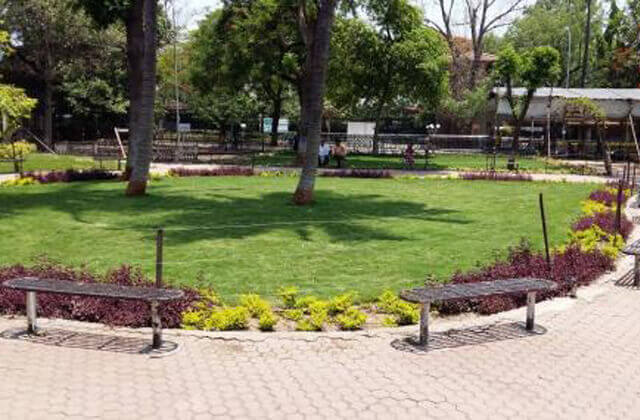 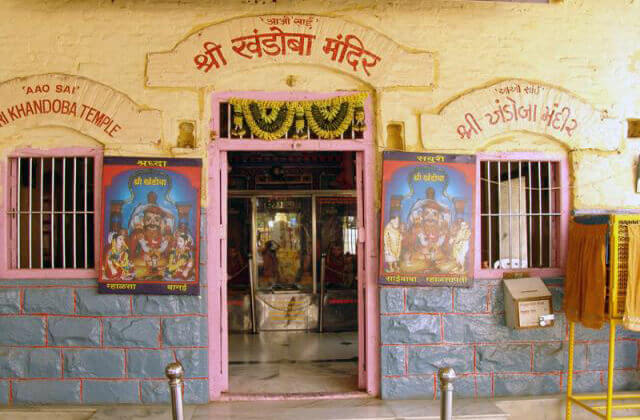